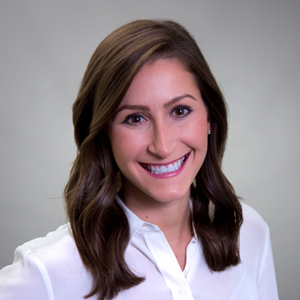 Throughout the last two and a half years, Bowers has worked in conjunction with CEO Matt Widdows to streamline the growing franchise company’s expenses and increased profits all while investing in newly updated technology platforms, and franchise service offerings. All of the new franchise programs Bowers and her team have launched exist to help brokers under the company’s brand expand their businesses nationwide by providing cutting-edge real estate technology and high touch service to agents at a low cost.

“From day one I knew hiring [Ashley] was a great decision to help propel HomeSmart International forward,” said Widdows, who is also the company’s founder. “Her high level strategy and ability to motivate teams towards common goals makes [Ashley] an ideal leader for this brand and I can’t wait to see what other achievements are on our horizon with her at the helm.”

Prior to being recruited to HomeSmart, Bowers led the domestic division of TTI Success Insights, an advanced assessment and talent management solutions company based in Arizona. For nearly 20 years Bowers honed her organizational and strategic leadership skills in various roles at TTI until she left the company as president to start her own productivity and talent calibration firm, Uptiviti. Her experience in industries outside of real estate have given Bowers the ability to approach HomeSmart’s growth and expansion initiatives from a unique perspective and with fresh methods.

“I’m passionate about people and, specifically, about helping people to grow their businesses to achieve new levels of success,” said Bowers. “That’s one of the reasons I love HomeSmart and the real estate industry. We’re able to make a difference in thousands of people’s lives by supporting franchisees and agents in their businesses.”

In addition to her role as president and COO at HomeSmart International, Bowers also holds the same titles for other Widdows-owned companies including HomeSmart LLC., the founding brokerage under the HomeSmart brand and one of the top real estate brokerage companies in the United States.

How to Invest in Your Real Estate Career Right Now

As the market ebbs and flows, any time is really the perfect time to invest in yourself and your rea...

Making a Connection: How to Engage Potential and Previous Clients

A silver lining coming out of the pandemic is that technology has not only made it possible to stay ...